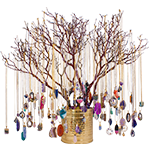 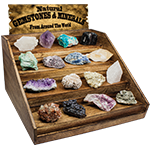 Genuine Meteorites sold by the Gram.

Campo Del Cielo, meaning "Field of the Sky" meteorites were first reported in 1576. Carbon dating of charred wood fragments taken from beneath the meteorite indicated it fell to earth around 2,200 BC. The crater field is 2 miles wide by 12 miles long with 26 craters. These meteorites hit the earth's atmosphere traveling up to 150,000 miles per hour, landing in the Chaco province in northern Argentina.
Showing 1 - 1 of 1 results